Just a friendly reminder, if anyone wants bee calendars I’ll be placing the final order tomorrow night. Email subscribers have pointed out that there is no order form in the email version of the blog; to fill out the form you’ll need to click the link to go directly to dukkaqueen.com, and follow the post to the bottom of the page. I’ll get the final tally tomorrow night and your calendars will begin buzzing their ways to you! 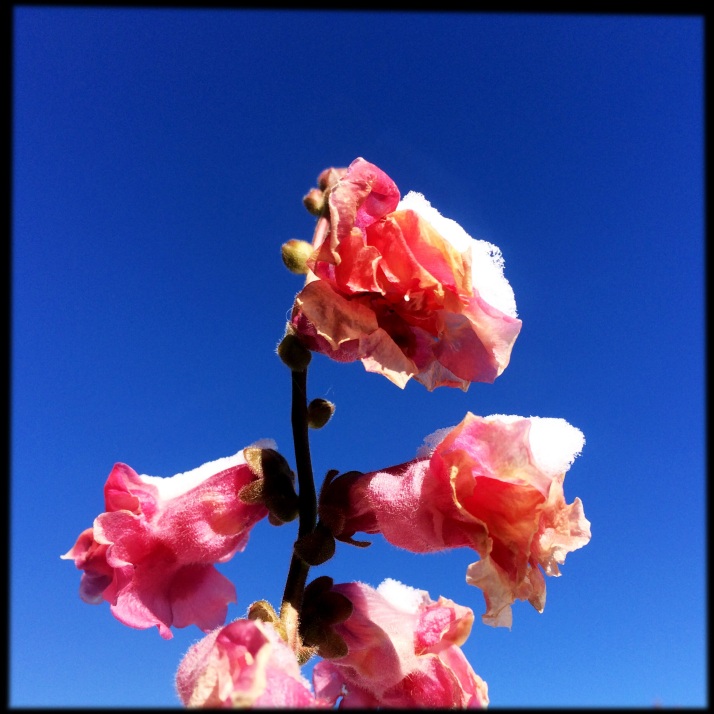 Everlasting snapdragons kept budding and blooming through the first snow, the second snow… Finally, after some six degree nights, they have wilted. 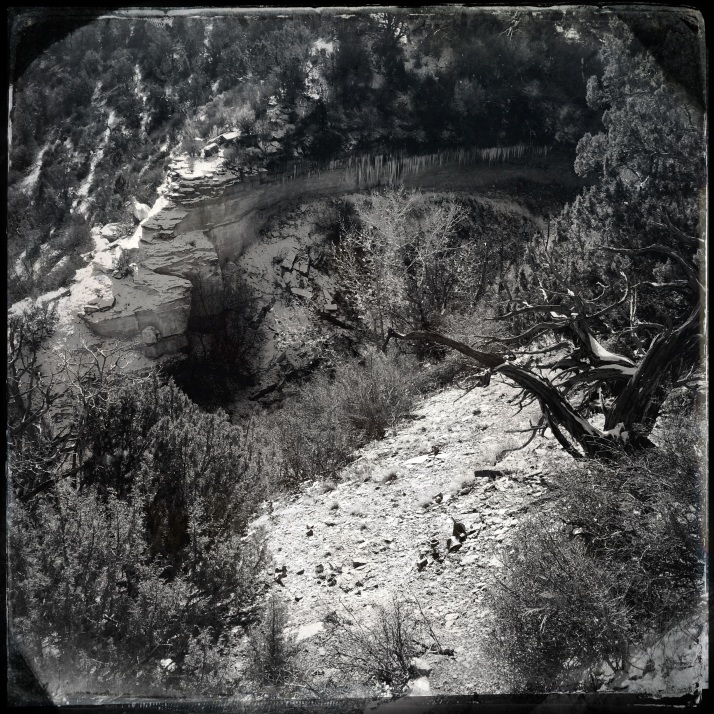 Ice Canyon putting on ice. We’ve only had a couple of one-inch snows so far, but the snow has stayed on the ground with nights dipping into the teens and days barely up to freezing, for the most part. The roller coaster has slid to a stop, and now there’s time to breathe into winter hibernation. 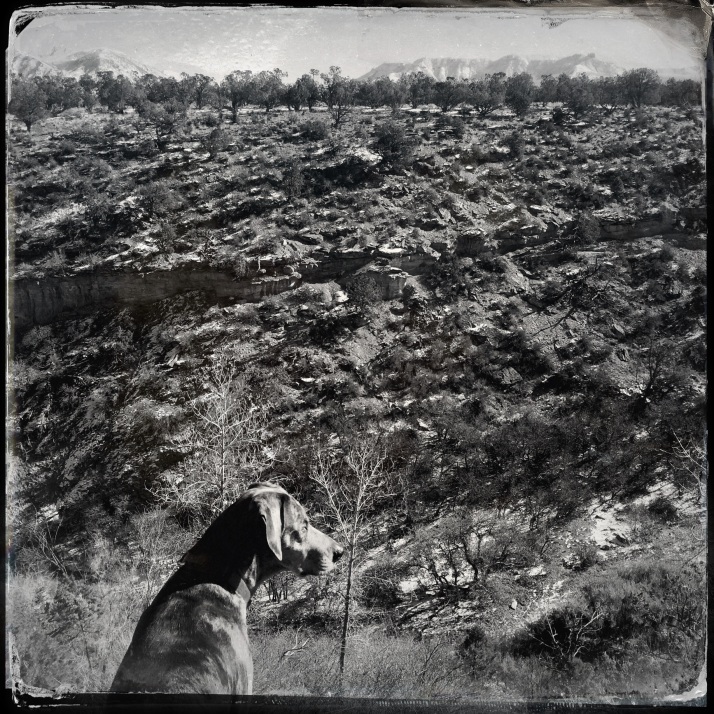 The dogs continue their vigilance on daily walks to the canyon, monitoring wildlife, scenting the bucks in rut, the lions laying low. 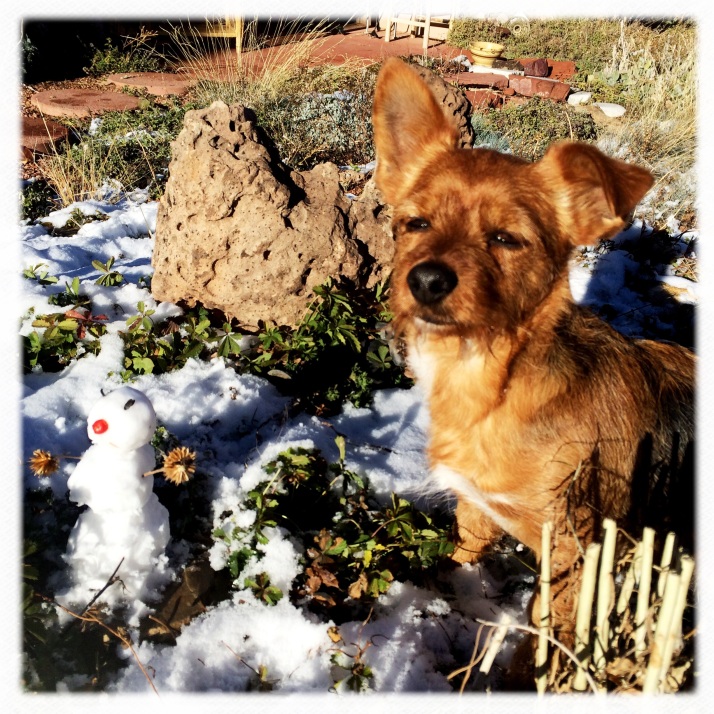 Just enough snow last week to build a Rocky-sized snowman. He had so much fun and was so proud when we finished! 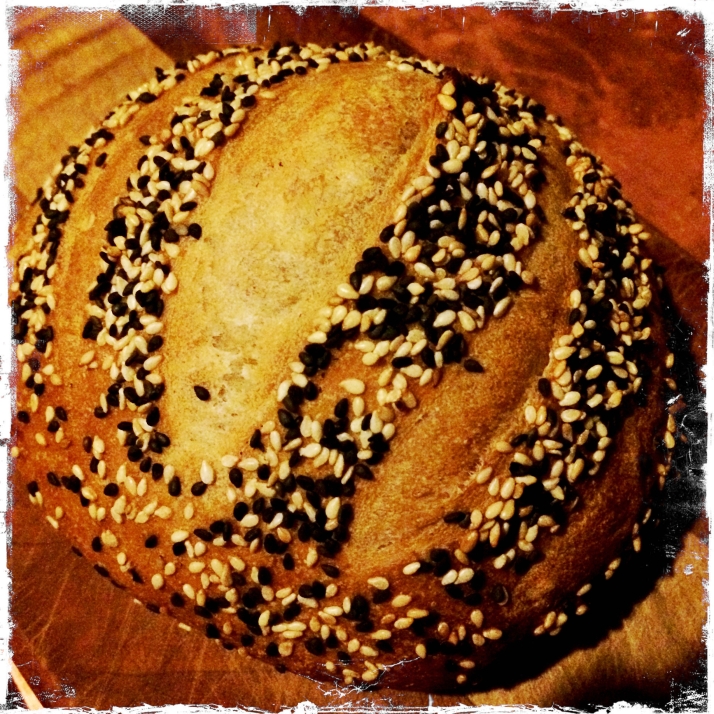 Earlier this month, I had a few last yellow Brandywine tomatoes that Chris and Rosie had let me pick from their drooping vines. The plants were so thick with foliage that some of the fruits in the center of the cluster had survived a hard frost. All I wanted was one last tomato sandwich. I texted up the hill to see if Cynthia wanted to trade a couple of tomatoes for two slices of her delicious bread that we’d had at Halloween.

That bread was all gone, she said, but she was baking right then, and would bring me some shortly. Around two that afternoon she arrived with a precious bread round, warm and fragrant right from the oven, in a tin she was returning. I worked the rest of the afternoon, savoring the aroma, thinking from time to time about the delicious sandwich I’d have when I quit for the day. After four or five hours, I turned off the computer, and went into the kitchen to prepare my delectable repast. The last tomato sandwich of the season! I’d been salivating all afternoon.

I took the bread out of the tin and set it on the cutting board. Then decided I’d better go pee before getting the sandwich all ready to eat. So I did that, and washed my hands, and returned to the kitchen in about two minutes. The perfect loaf of bread was gone. Disappeared. Two minutes. Vanished. Not a crumb anywhere. I looked in the microwave, thinking well maybe I had stuck it in there automatically to keep the bad dog from snagging it. Alas! I had not. It was nowhere. And there was a skulking girl catahoula in the living room, and also a slightly anxious boy dog. GRRRR! I knew who had scarfed it down in one gulp. Just the one bad dog, Raven.

I tossed her out into the cold and made her stay there a full twenty minutes, while I railed and raged about my lost dinner. It surprised me how angry I got, and mostly at her. Though I knew deep down it was my fault for leaving the bread out. Usually I take precautions with food, conscientiously putting it in a box or in the microwave or out of reach on the windowsill. But the one time all year I drop my guard, and she steals the gift bread, made special for me, special for that last tomato sandwich… Such a blow! A real first-world problem, though. I could laugh at myself and at her after a short while. And when Cynthia heard of the mishap, (as in, got my text saying I am going to fucking kill Raven!), she offered immediately to bake me another. The next evening, all was well: fresh bread, last tomato, plenty of mayonnaise, and the forgiven dog on my lap afterwards. These little disappointments, tempered by the gifts and grace of good friends and the overriding sweetness of sneaky animals. Life is always in flux. 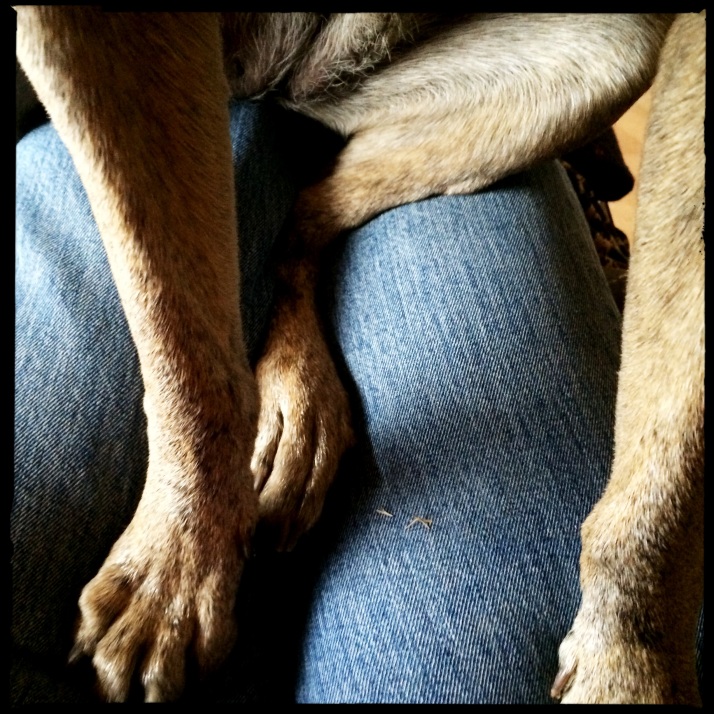 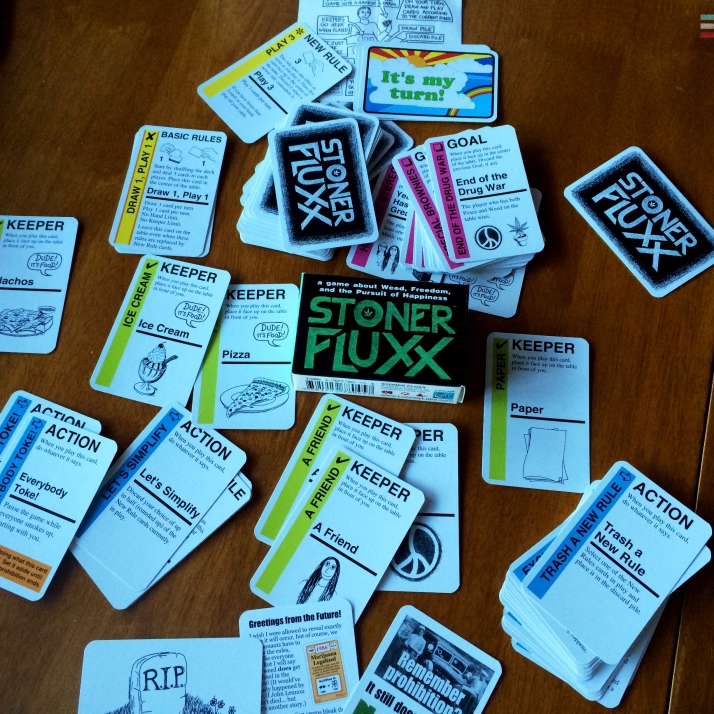 I have it on good authority that Jigsaw Puzzle Season officially started on Thanksgiving Day, but I got the jump on game season when I found this mystery card game while cleaning the mudroom.

Speaking of flux, I found this card game out of the blue while rearranging some furniture, and that led to a whole ‘nother string of lessons about life, or maybe just a series of delightful reminders about how the rules are always changing, and the means, and the goals. I’ve felt especially up in the air these last few days as I await a doctor visit tomorrow morning. This past year has been fraught with several physical challenges, from a dislocated clavicle to plantar fasciitis, to the lingering effects of a dizzy virus. All these pale in comparison to the news that may come tomorrow. I try not to think about it; everything can change in an instant all the time, a lion attack in the woods, a rockfall on the highway, a maniac at the movies, stroke, aneurism, pneumonia; why worry about a biopsy before you get the result?

Maybe the only thing that will be different will be a new lease on life, and renewed commitment to be grateful every living moment of every day.