This week in the garden has been an antidote. The tightness and pounding in my chest belies the calm I bring to each day hearing this mad rhetoric of nuclear threats in the news. Apparently the Korean War never actually ended; our country once had an opportunity to negotiate the conclusion of that conflict, along with some other diplomatic options, to deescalate rather than fan the flames of this shitgibbon standoff.

My uncle, who just turned 92 and retired from the army a 2-star general, was a strong Trump supporter. “He’s a loose cannon,” John said, “But it’s all campaign rhetoric. He’ll settle down and tow the line when he’s elected.” Well, Uncle John, I wish we could talk again. I’d love to hear your take on that position now. He assured me in that conversation that failsafes exist between the President and “pushing the button.” That’s not what the talking heads on media are saying. They are saying that military officials are obliged to follow the orders of their commander-in-chief.

John said the same thing when I asked him, “What would you not do if ordered to? I mean, what would it take to make a conscientious Army officer, a good Christian, a person with integrity, refuse to follow an order?”

“It would never happen,” he said. “An officer will quit before he’ll refuse to carry out an order.” Leaving in his (or her) place someone who presumably, eventually, would  carry out the order, no matter how heinous. Like initiating nuclear war with North Korea. I also asked him about the possibility of martial law, or a military coup. He brushed me off. “Never happen,” he said. Well, this is a career Army officer who served for decades after his retirement as a military consultant. For my peace of mind I had to trust him.

So now there are these pansy white guys in Washington who’ve never seen war first-hand, ignoring all the urgent counsel from men (and women) who have been to war, the officers and retired officers of our military branches urging them to hold their horses, to not be rash, to not be stupid.

Where people lose track of reality is when they call military trainings “war games.” They’re not games. This diluting of the meanings of words (and the word WAS God), this diluting of raw content into an idea of it saps comprehension.

Have you ever seen a wild animal attack? An alligator, for example? A badger? Until you have, you can’t comprehend the instantaneity of it, nor the savagery. Or a raging wildfire exploding trees? I imagine war is like that. Unless you’ve seen its horrors yourself, you can’t comprehend the magnitude of it, or its unpredictability: how far and fast it can spread, and in what unforeseen directions.

Well, enough about that. It has been an exquisite journey on this planet. Through it all I’ve worshiped only one thing, Life itself, in all its glorious diversity. I live where there are lions; hummingbirds and bees, dogs and cats, ravens, fawns, flowers, rain, clouds and trees bring to my day what joy it contains. If it all ends tomorrow in nuclear annihilation, it’s been a brilliant ride. My heart breaks with gratitude.

This week in the garden is like every other week, in some ways; and like no other week, no other moment, in other ways.

All those carrot rows I planted in April? Giving me rainbows all summer. 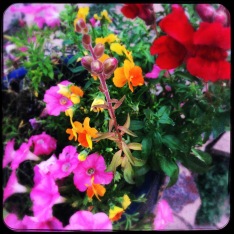 This Week in Food Alone:

The first BLT of the season, with the first Stupice tomatoes ripening the last week in July, with Bad Dog lettuce and the best ethicarian bacon available in that necessary moment. Plenty of mayonnaise, yay mayonnaise! On light bread, Rudi’s organic oat. Some things you can only compromise so far. Remind me to plant at least one Stupice plant next summer; they give early and tasty.

The Colonel’s prized Vichyssoise recipe, which I sleuthed and found in his Fanny Farmer Boston Cookbook. He was so proud of this soup. I used homegrown leeks, a hefty Farmers’ Market Yukon gold potato, and extremely local cream.

Stuffed Costata Romanesco squash, yum. They doubled in size overnight. I’m trying to catch them in the act. 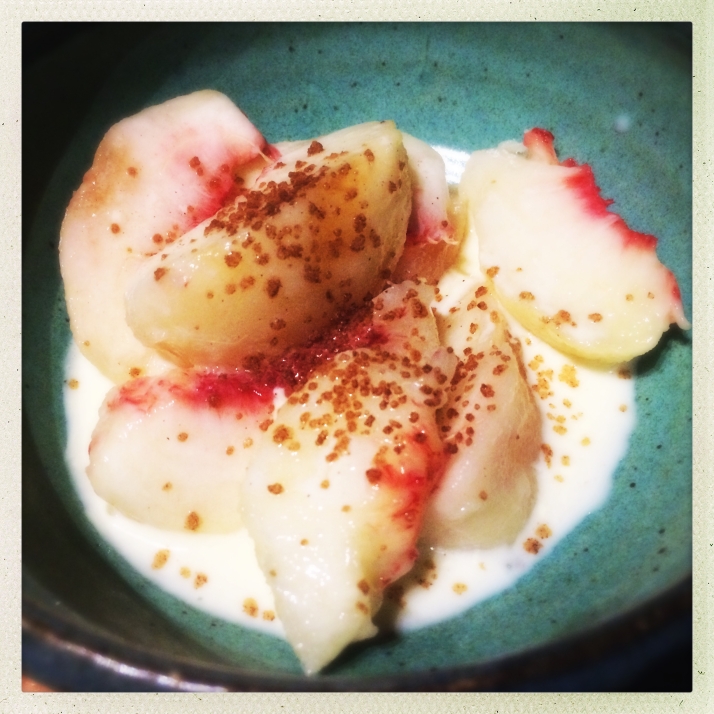 Organic white peaches from the Crawford Farmers’ Market, drenched in fresh whole milk from the cows next door, with a sprinkle of organic brown sugar-cinnamon. 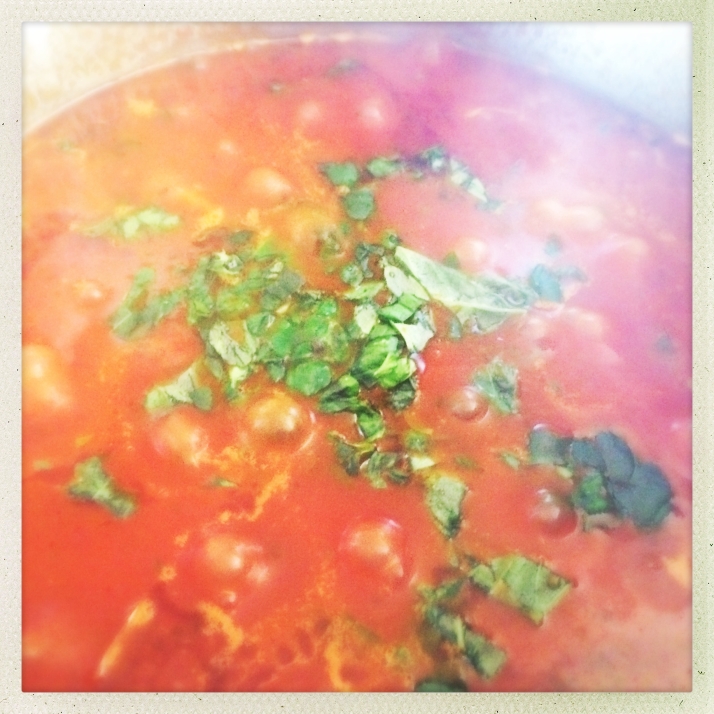 Collecting tomatoes for two weeks, finally enough San Marzano and Stupice ripe to make sauce. Slow-cooked strained tomatoes, with onions in olive oil, plus a splash of red wine. Such gratification to use tomatoes, peppers, carrots, garlic, herbs from my own garden… 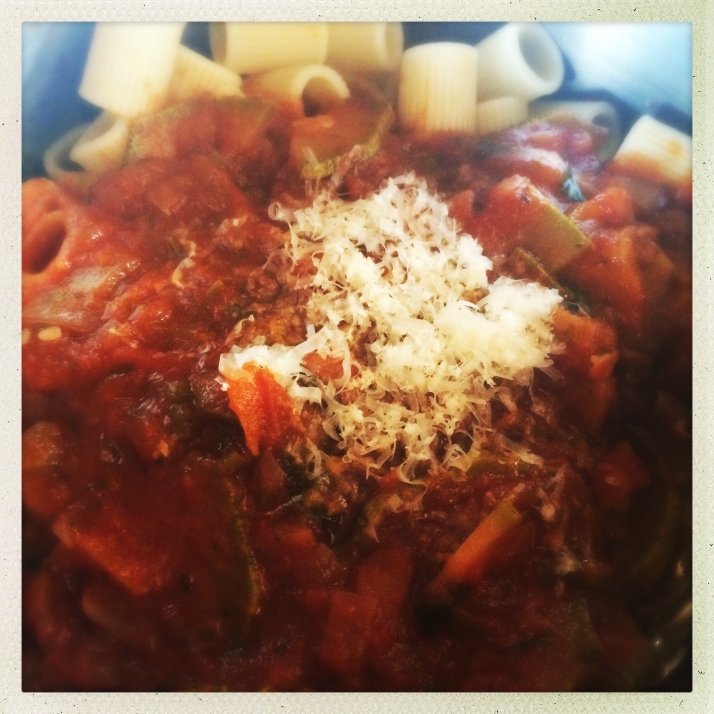 Steaming from the oven sourdough from the starter Ruth gave me last winter, still going strong, a staple now in my weekly meal plan, finally getting the hang of the perfect loaf.

Mary’s ultimate ginger cookie recipe with a substitution and an omission, almost Lebkuchen in flavor, a grounding sweet even in summer. 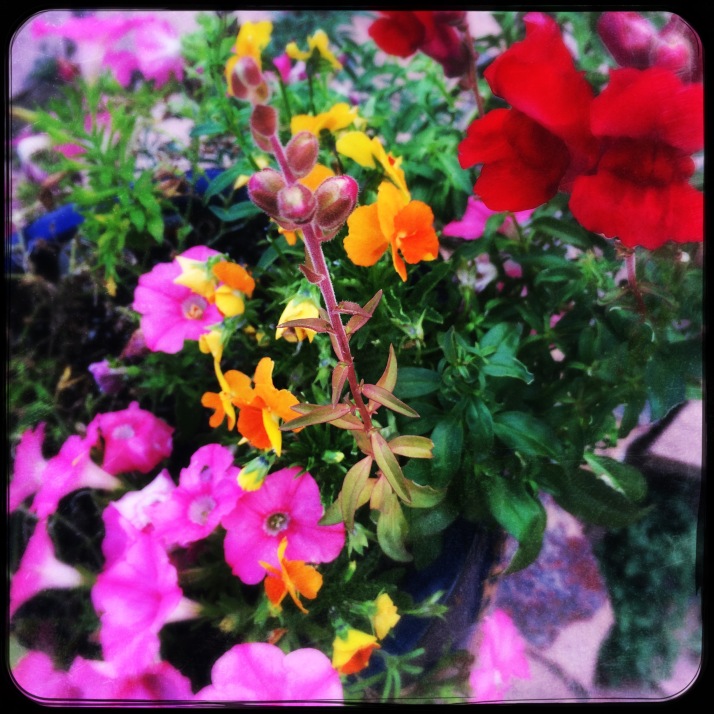 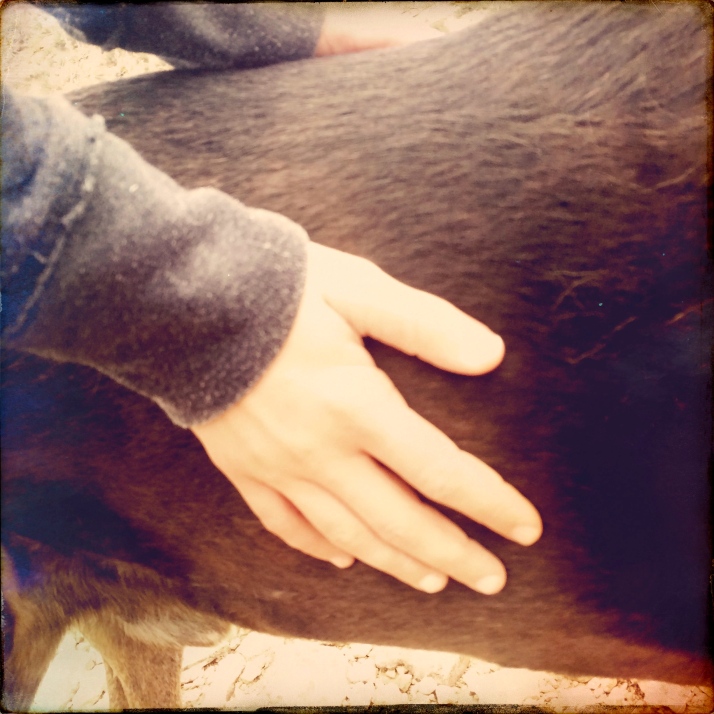 Lola came to like dogs a little bit more after meeting Stellar, Rocky, and Raven. But especially Rocky. And Stellar.

What is this? I don’t remember seeing this bright red growth in the pinyon tips, and I’ve seen it in a couple of different woods up here on the mesa. 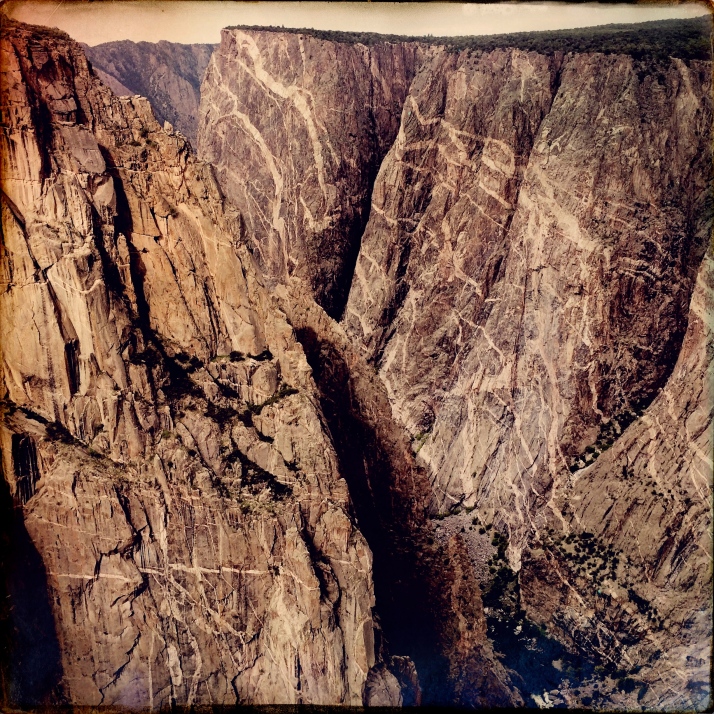 14 thoughts on “This Week in the Garden”