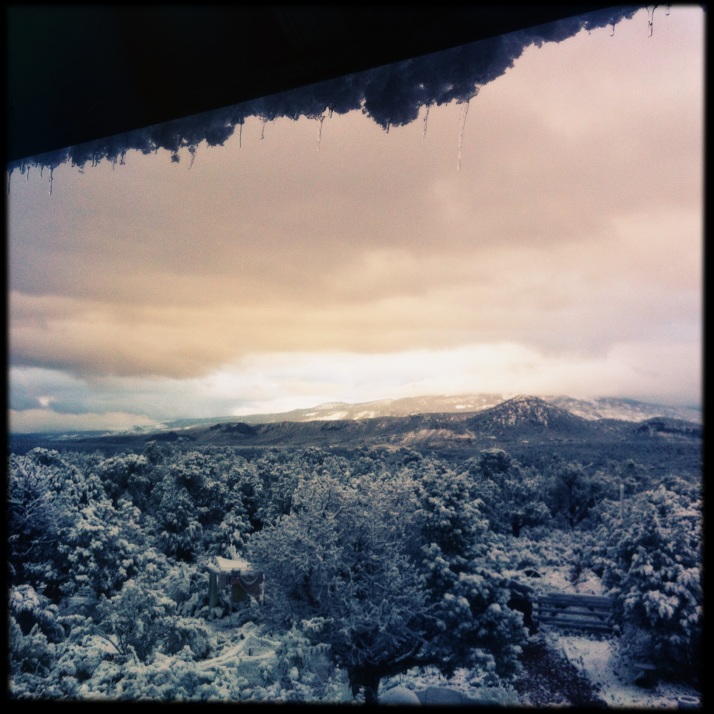 The first snow down to our elevation arrived overnight Thursday, a good two inches.

I spent most of the week, and especially Wednesday and Thursday, bringing in everything from the garden: the last tomatoes (red and green), peppers, squash, rose hips, legal marijuana, and all the house plants from the patio. Usually it’s not until the third week in October that the temperatures drop into the 20’s, but Friday morning’s low was 29, and this morning’s 25. Overnight Thursday my sunroom turned into a narrow hallway, filled with a dozen cacti, half a dozen geraniums and as many jades, two lime trees, potted basil, peppers, rosemary, and chives, and a bunch of ornamentals. But before the snow I took plenty of pictures.

Agastache, hummingbird mint, a reliable late-season hummingbird feeder, remains in bloom long after I’ve taken down the feeders; late migrants passing through find plenty of sustenance here, and the sphinx moths love it.

The sum total of my Yukon Gold crop; ten plants each produced only a couple of potatoes. 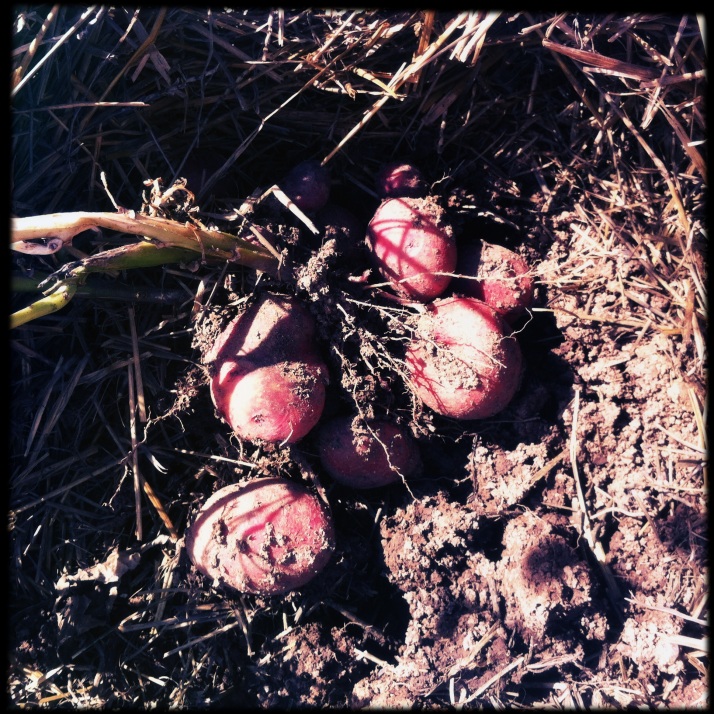 One row over, these Sangre de Cristo potatoes produced five or six from each of the two plants I’ve harvested so far. These all came out of the ground still attached at the roots. The other eight plants are mulched under a foot of loose straw for gradual harvest over the next month or so. At least before the ground freezes solid, and who knows when that will be.

Yesterday I brought in eight cups of rose hips off the wild pink rose, with grand plans of making rose hip jelly. 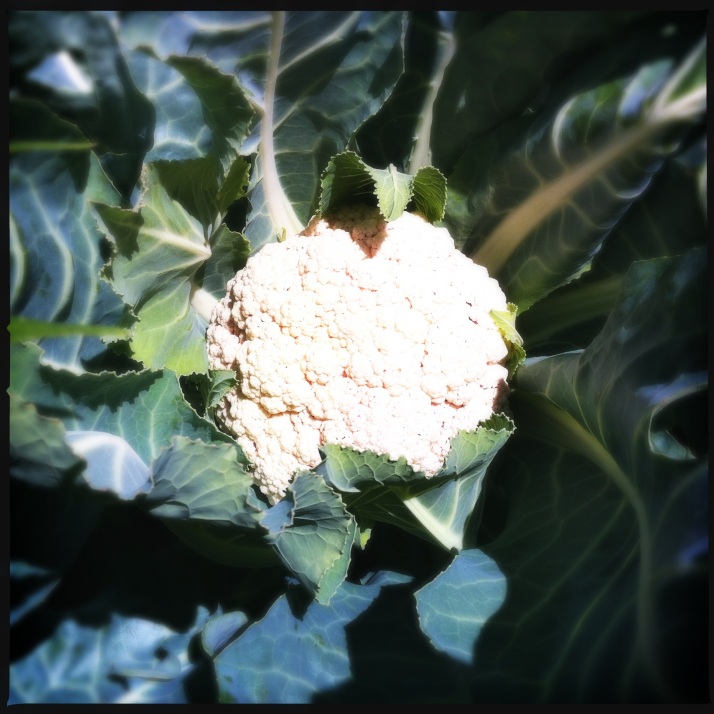 Out of four cauliflower plants I put in the ground early, three bolted early and produced small, bitter, diffuse heads. But one made a beautiful fruit, and this one I steamed, then chilled and frosted with a spicy avocado spread for a salad called, in the best Indian cookbook ever, Gobhi Salaad.

A rogue daikon radish, one of four that emerged this summer from seeds planted well over a year ago. 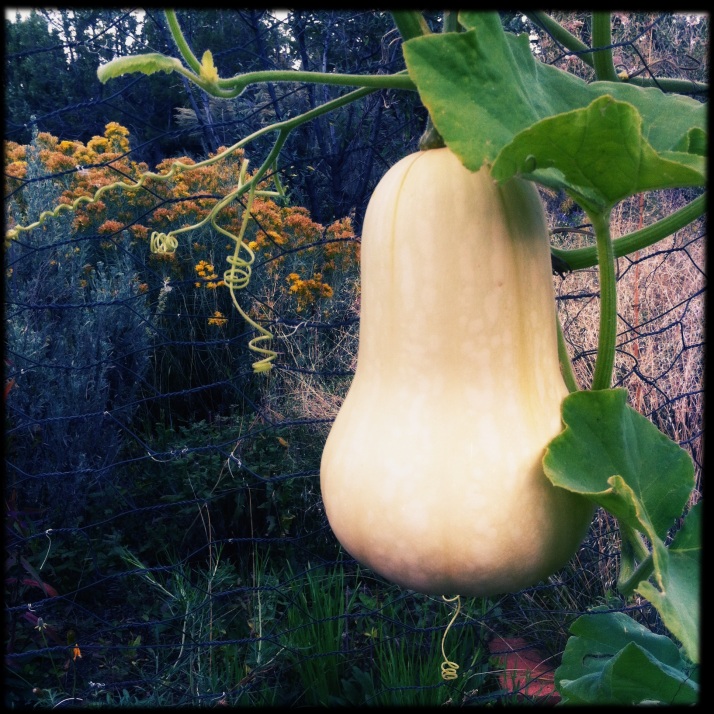 Butternut squash on the vine. After a light freeze to sweeten them up, I harvested two that came from this vine, and one other. Many of these vegetables started out in Ruth’s greenhouse, and she generously offered starts around the community.

I can’t even eat jalapeños! Yet I grow some every year. These will get pickled, because I delight in the idea of pickled peppers. Then I can always have some handy when a spicy dish calls for one or two.

A bountiful calendula patch, thanks to Katrina’s snipping of heads early in the season. What seemed brutal at the time resulted in a lush display and a bountiful harvest later, a bright spot in the yard that makes me smile whenever I catch a glimpse in passing. These blooms are drying for tea.

Garden quiche for Sunday brunch with a homemade crust, eggs from Pamela, and veggies all from the Mirador garden.

Hard work for two days, Katrina pried out the stepping stones and roughed up the gravel, then I leveled and reset them. I hope this will make it easier to keep them clear of snow and ice when the time comes, all too quickly.

One lovely storm after another moves through these past few weeks.